Few places have the kind of natural beauty of the Pacific Northwest, my home for almost 8 years in the 90’s and my destination for the next week. I am visiting old friends at their beach house in Stanwood, WA, taking in the view of the ever changing Sound, sipping coffee while watching purple sunrises, and being appropriately soothed by the casual passing of a bevy of swans.

It has been nearly a decade since gathering. And even though Facebook keeps us in touch, We  are indeed way overdue for an evening of laughter, cooking and good wine.

Anna and I share the same affinity for an off-the-cuff style of recipe development which is sure to result in P.A.S., “pretty awesome stuff!” as we call it, the intentional result of our foraging throughout the kitchen. We look for leftovers that have no future as an a la carte snack, pantry items that need to see some action, and make a charcuterie plate that sings before beginning to create. As we popped the first cork, Anna exclaimed, “Let’s get cracking on vegetable leftovers and some healthy turkey sausage!” 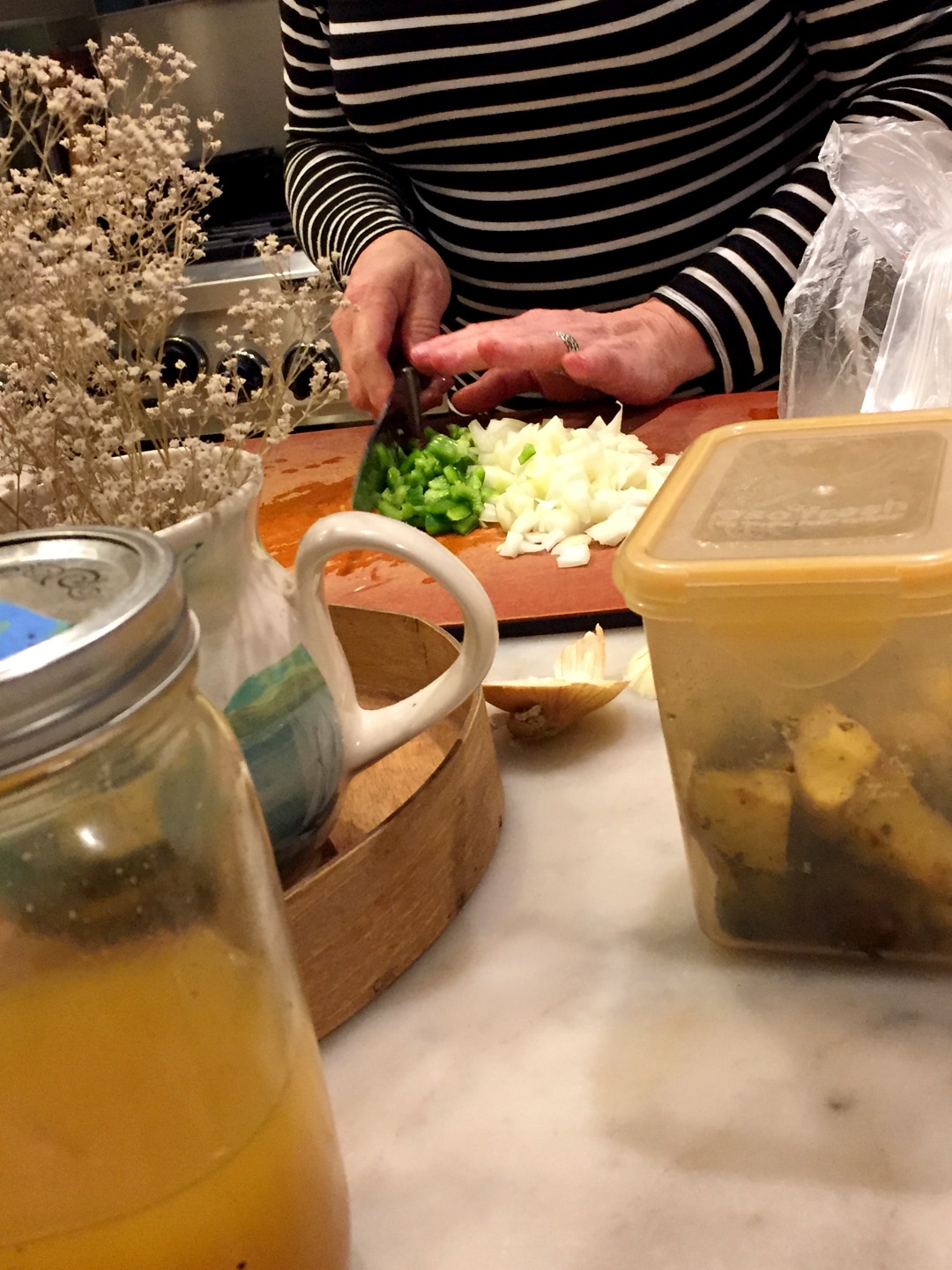 As the chopping and mincing begin, we saw a dish take shape that had all the earmarks of being a success. It smelled amazing and each of these orphan foods were finding a home nestled within a velvety, and spicy cheddar cheese sauce. We rock!!! Until. . .

So we really did mean to make this with turkey sausage. Honestly, we did. Even after the beautiful aroma of sage and spice filled the kitchen, and the silky fat began to caramelize and pool in the pan, we continued our charade, boasting about our healthy choice for dinner. It wasn’t until later that we, two blissfully demented cooks, saw the turkey in the fridge, and had to admit we had opened regular sausage instead.

​GO figure. Guess we were just drawn to the good stuff! The fact of the matter is you can use any meat, turkey or pork. Even hamburger meat. Also, feel free to use any leftover roasted vegetable on hand. But if you want to duplicate our level of mistaken yumminess, follow this as closely as you can!

The perfect meal for all those leftover roasted veggies in your fridge. Take little time to prepare but tastes like you worked all day long! How to make perfection happen in someone else’s kitchen. Or . . . In search of the best breakfast ever!

How to make perfection happen in someone else’s kitchen. Or . . . In search of the best breakfast ever!